Sequel of the project Huawei Multi-Tool

The application is based on working with fastboot and adb modes of Huawei and Honor smartphones. Allows you to perform many actions with any device on the processor Kirin and Qualcomm. If you are new to Huawei devices, the utility will help open the bootloader, put TWRP, get root and so on without knowing the command line. For the advanced — it’s an affordable and powerful utility instead of the command line. The utility of the utility grows every day.

Briefly about the origin of the Multi-Tool project: Initially llibell (inside!out) worked alone, it all started with the translation and adaptation of the utility from VirusPlus (honor 6 / 6plus Multi-Tool in Honor 7 Multi-tool, it was in late 2015. Then it was not planned to spread the utility on XDA, the utility appeared in Russian When VirusPlus proposed to combine efforts and combine two utilities into one, it was laid out with a crooked translation.Thus the Honor Multi-Tool appeared.This was helped by the guys with XDA.There was support for 2 versions, Russian and English. Later people from the 4PDA forum began to ask to make the utility for their models. One person without a handset is very difficult to adapt to another model. You need to have several people ready to help. Better yet, ready to work on the utility yourself. It is extremely important to start developing and adapting when the model is still new. Thanks to these people, we can present such a project as the HUAWEI Multi-Tool — uniting a lot of smartphones Huawei and Honor 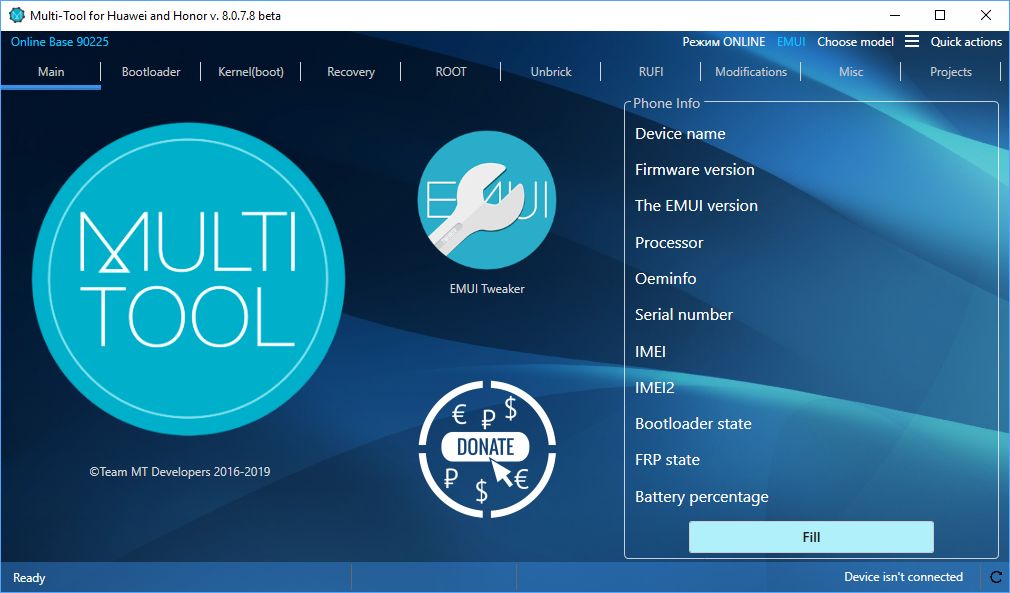 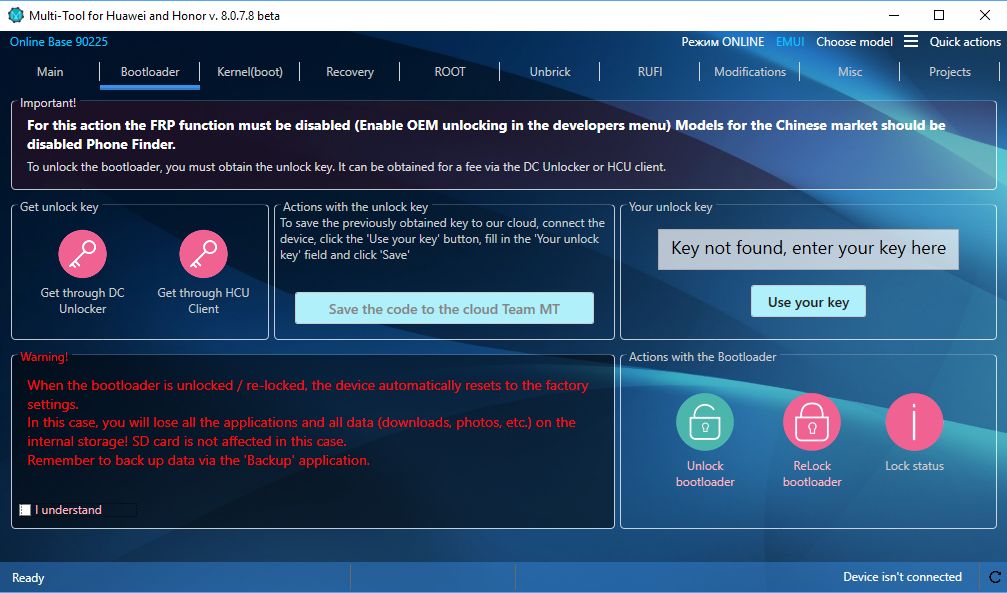 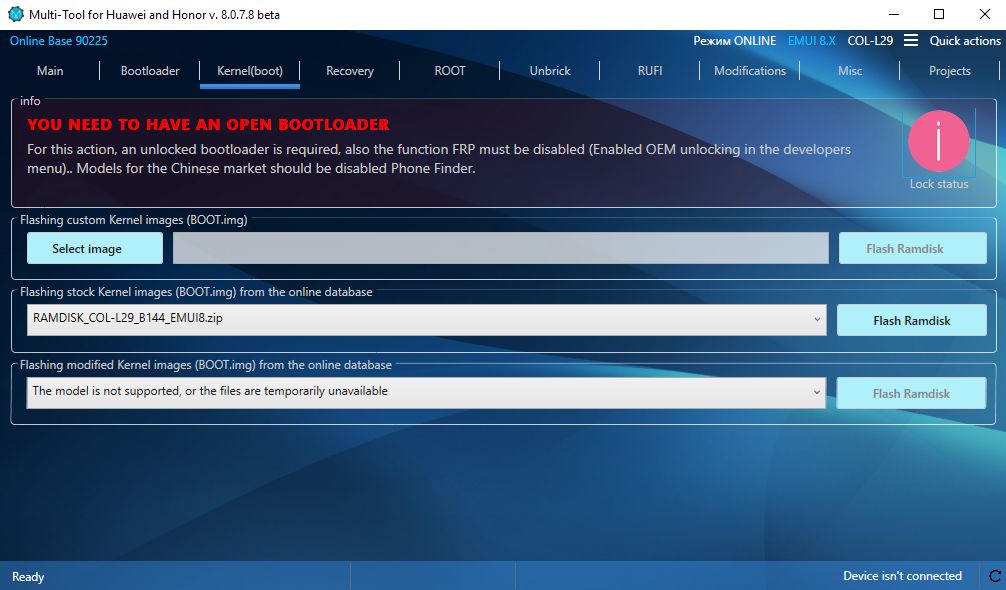 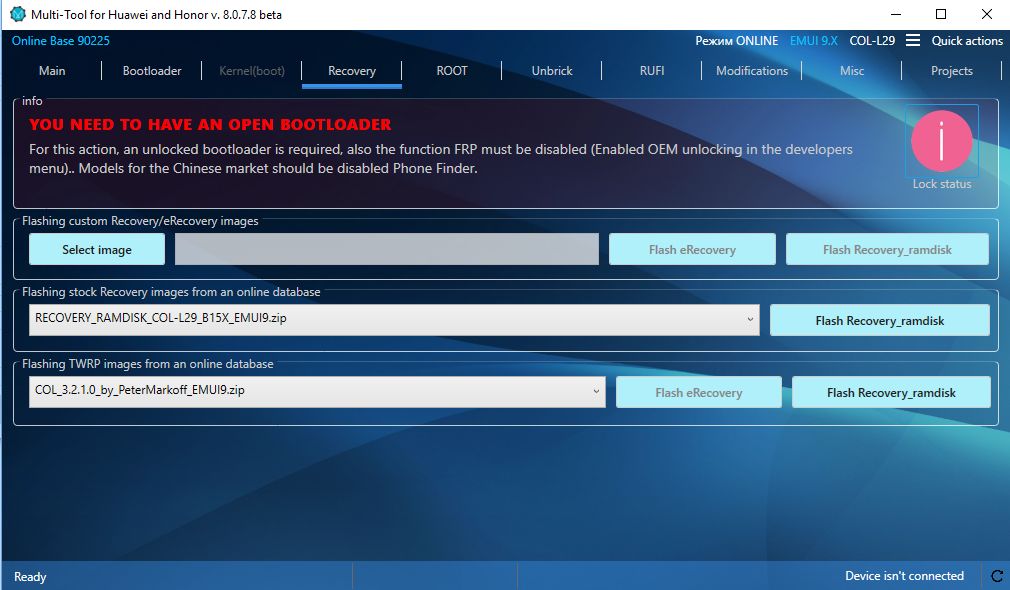 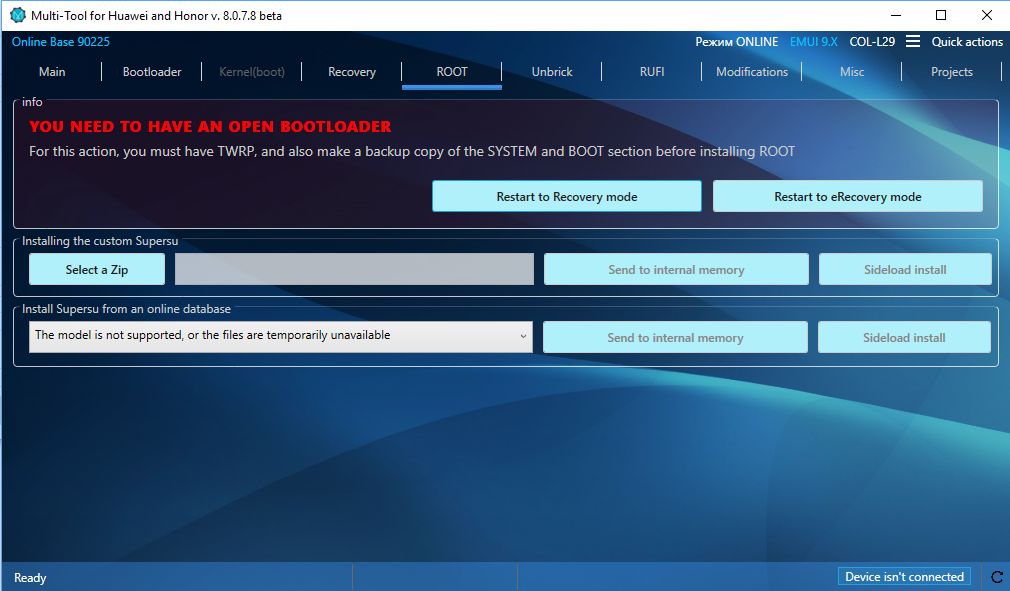 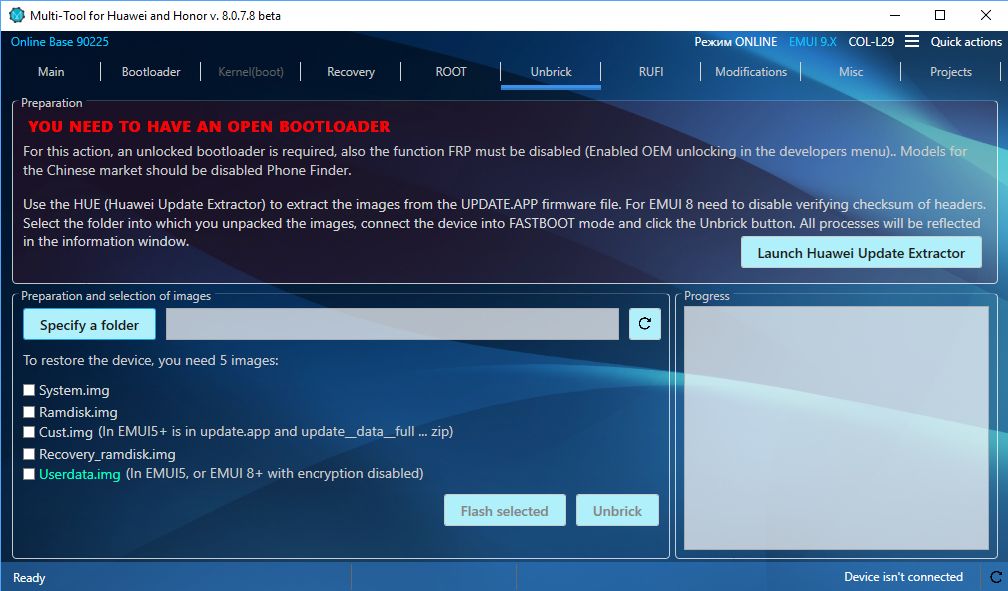 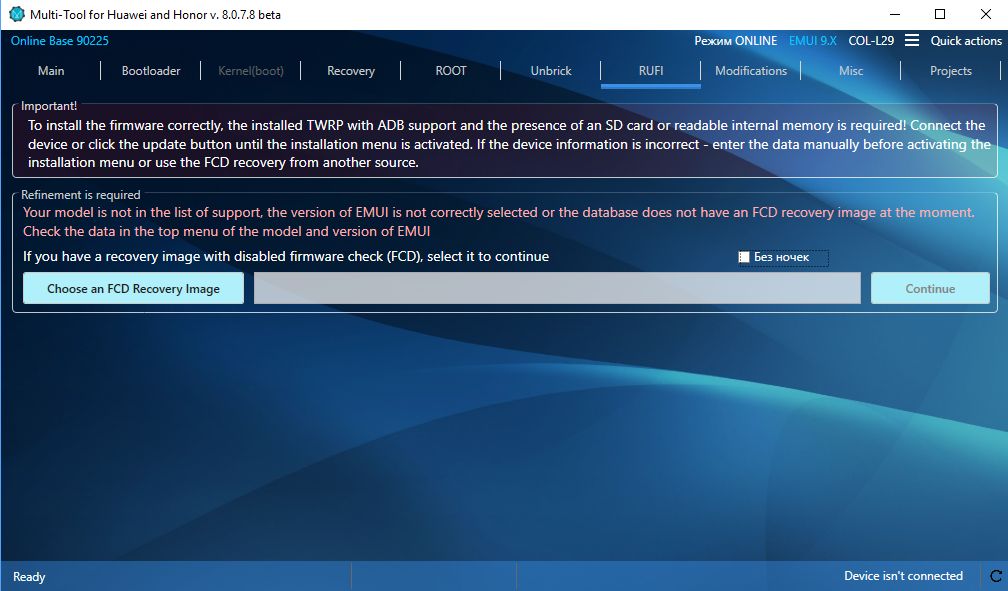 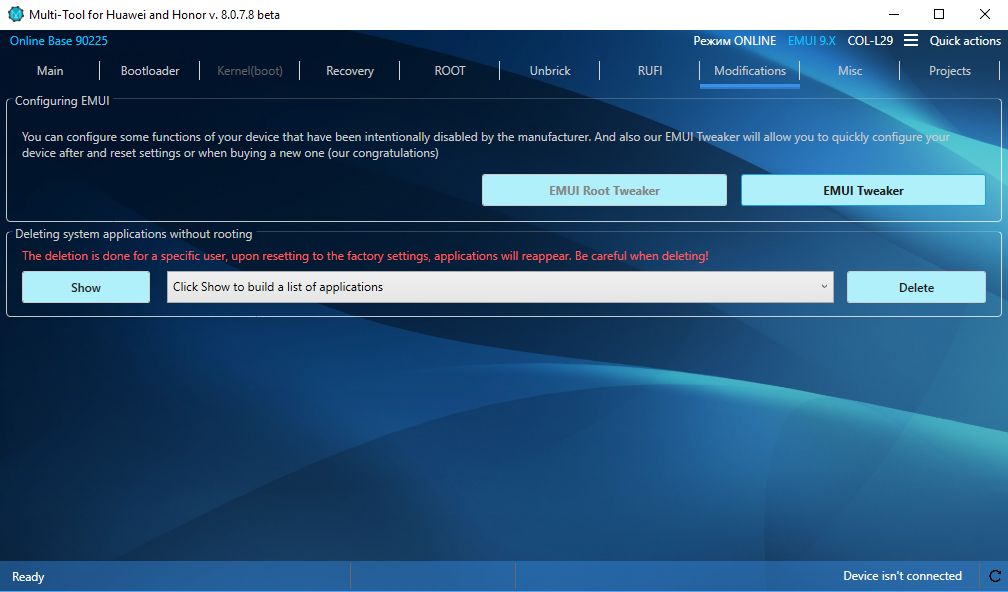 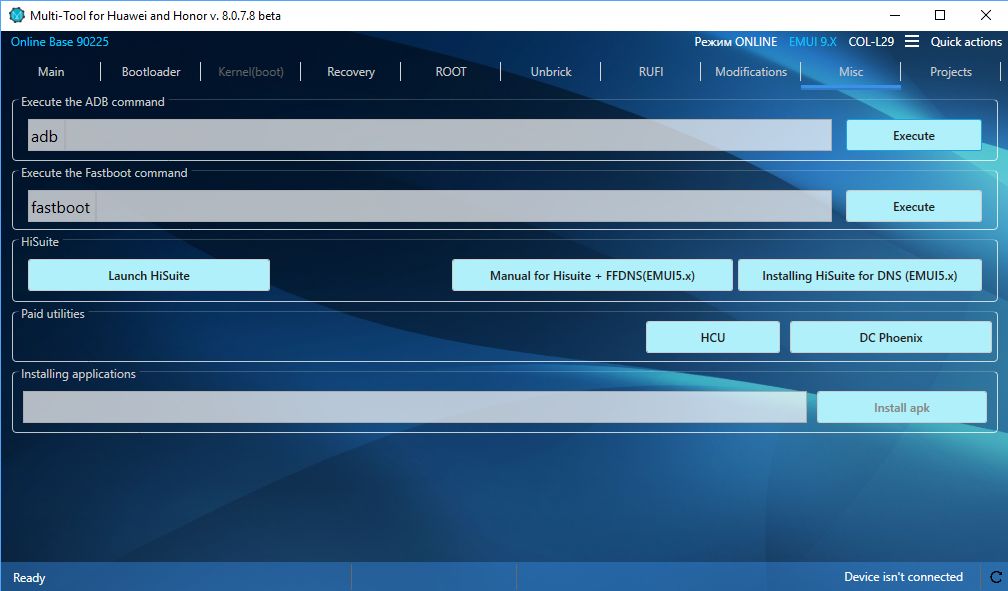 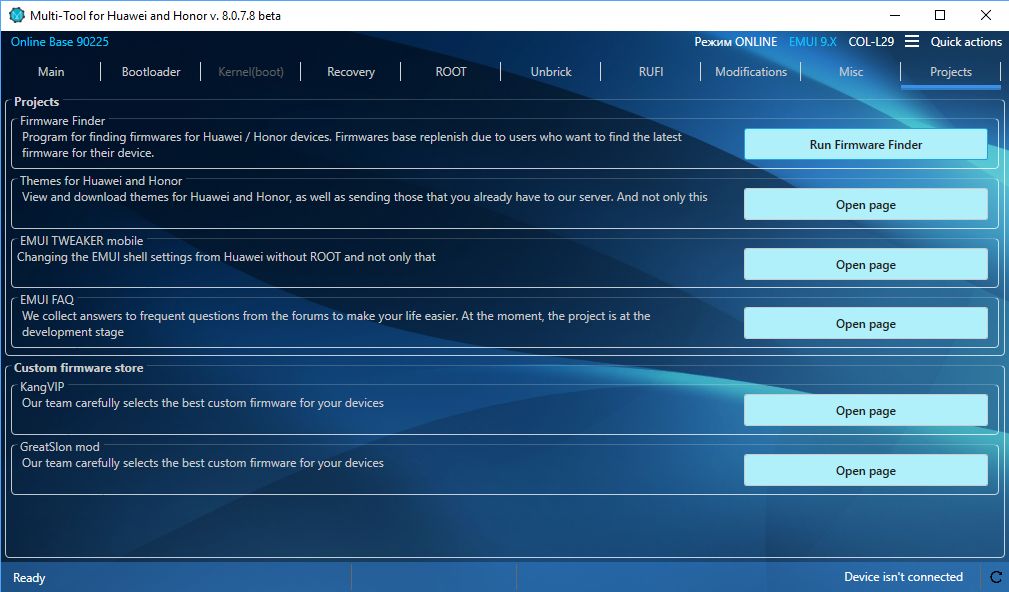 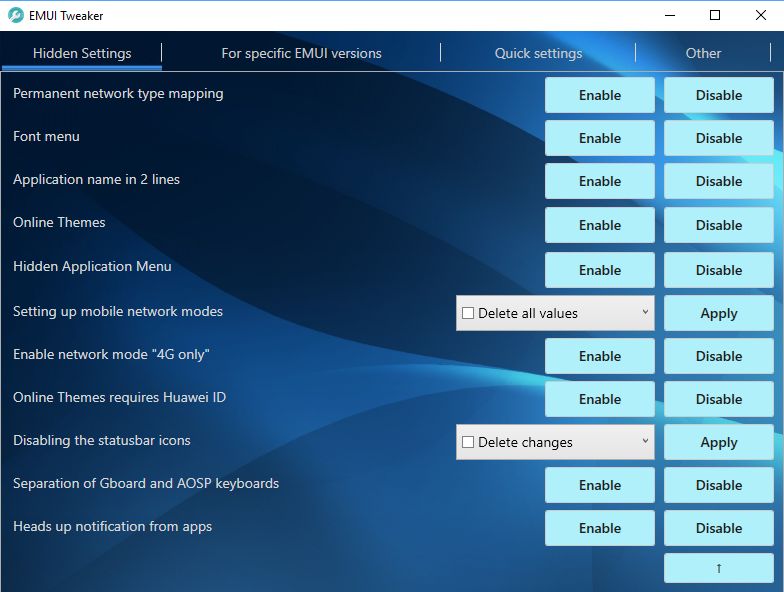 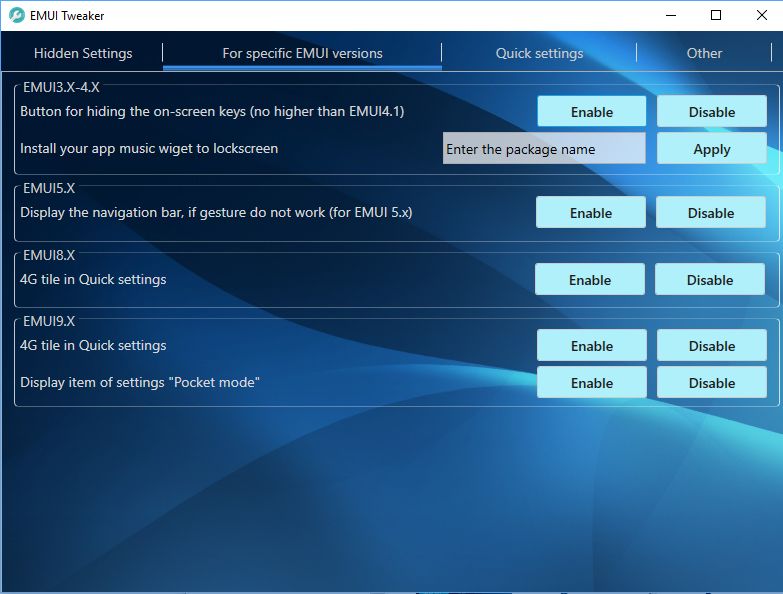 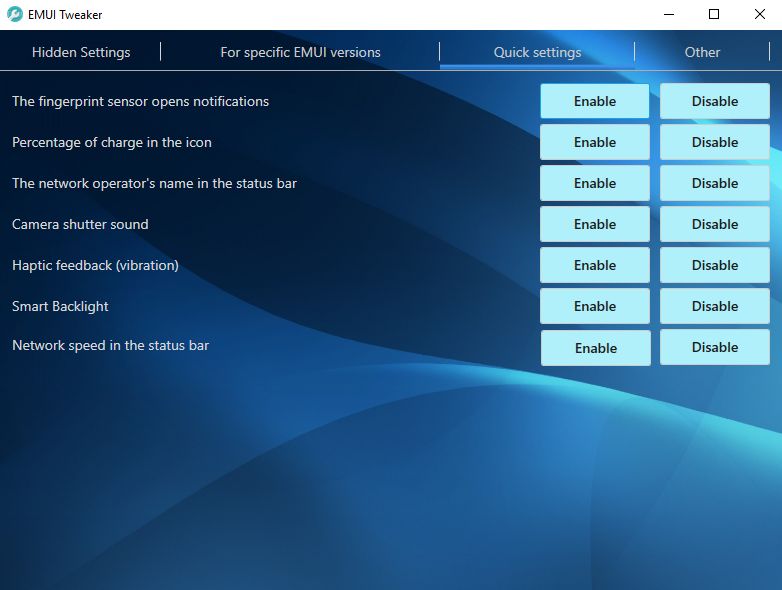 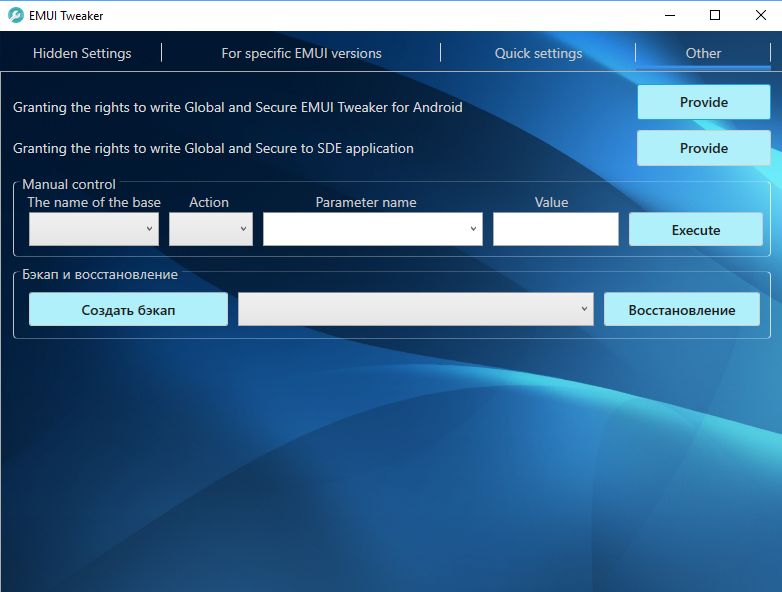 The utility’s functionality is divided into BASIC and ADVANCED . Basic have all supported devices. Advanced, only those whose full support is claimed.

Install when requesting or before intallation .NET 4.6.1 package

@Huawei_Multi_Tool — We will answer your questions, write about errors and send your suggestions.

We keep the online file database of the model up-to-date three years from the time it enters the market. For example, support for Device N (for example, Honor 6) stops when go on sale Device N+3 (Honor 9). The status end of life «EOL» appears in the list. After that, we are 1 year we store images on the server and transfer them to free hosting when launch of the Device N+4, Honor 10 . The «Archive» status appears in the list, indicating the link to the archive files of this model.

The Multi-Tool for HUAWEI & HONOR application has a file base on the server for the supported models. She is constantly updated with members of our team.